Westinghouse Homeware Featured at Farcosa Inside of Plaza Caracol in Nicaragua

Westinghouse Homeware was featured at Farcosa in Plaza Caracol which was celebrating their Holiday Station Fair last December.  Media outlets from Channel 6 Nicaragua and Channel 2 TV Noticias reported on the event.  A live simulcast on radio and live streaming was featured by Radio Futura 91.3FM.  Many Westinghouse products were available for purchase at the Holiday Station Fair.

With an unusual design and a harmonious integration of interior and exterior space, at Plaza Caracol is a two-story structure located in privileged areas of the city of Managua, that adds up to 1,155.00 square meters built in 15 commercial modules and is in the process of being expanded and remodeled.  Farcosa is proud to be included as one of the valuable anchors to this retail center. 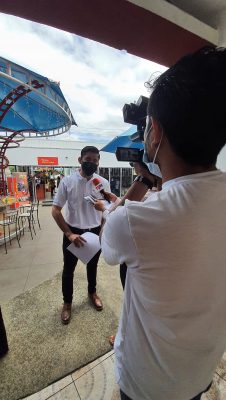