Westinghouse Homeware is proud to have our Retro Series small appliances at Kotsovolos (Κωτσόβολος), one of the leading electrical and electronics retailers in Greece. Kotsovolos started in a small neighborhood store downtown Athens in 1950 and today has a network of over 90 stores in Greece and Cyprus, as well as two online stores, kotsovolos.gr and kotsovolos.cy.

Kotsovolos was the first to introduce some cutting-edge products in the Greek electronics market, such as the 3D TV, the Smart TV, and the 2.75 millimeters-thick wallpaper TV. Kotsovolos was the first to introduce Express cashiers in Greece, and in 2019 it launched the Pay Express service. The service enables customers to pay via credit or debit card at any point in the store, without having to go to a cashier. 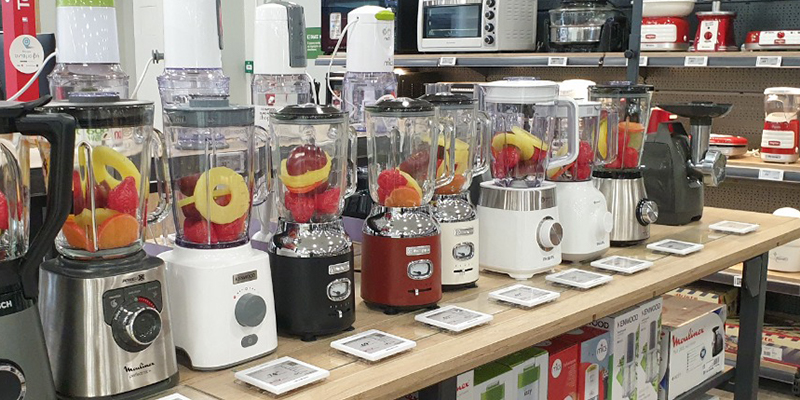