A selection of Westinghouse Homeware items are available at Co Ban Kiat Hardware, the Philippines leading source of the best quality home improvement and hardware solutions.

Co Ban Kiat Hardware Inc. is one of the few pioneering hardware businesses in the Philippines which has withstood the test of time. It all started in the 1920’s when the family patriarch Mr. Co Ban Kiat opened a store in the heart of Manila Chinatown under the name Co Ban Kiat Hardware. After World War II in 1945 the business resumed, but it was not until after 3 years later the business recovered and they were able to build the new CBK building on the very same spot were it stood before the war.
CO BAN KIAT HARDWARE INC (CBKHI) Now also known as “THE HOUSE OF HOME IMPROVEMENTS” has been the forefront of home building supplies from selling nails and iron wires as their main products, CBKHI had evolved and is now considered as one of the largest suppliers of top of the line hardware materials. With a mission for excellence CBKHI had initiate the retail concept of hardware store in the country; Now a household name when it comes to Industrial, Construction and Home Improvements living up to its vision of turning houses to homes.

The following images are some of the promotional advertising on Facebook supporting Westinghouse Homeware items.  Check out their Facebook page at: https://www.facebook.com/cbkhardware/ 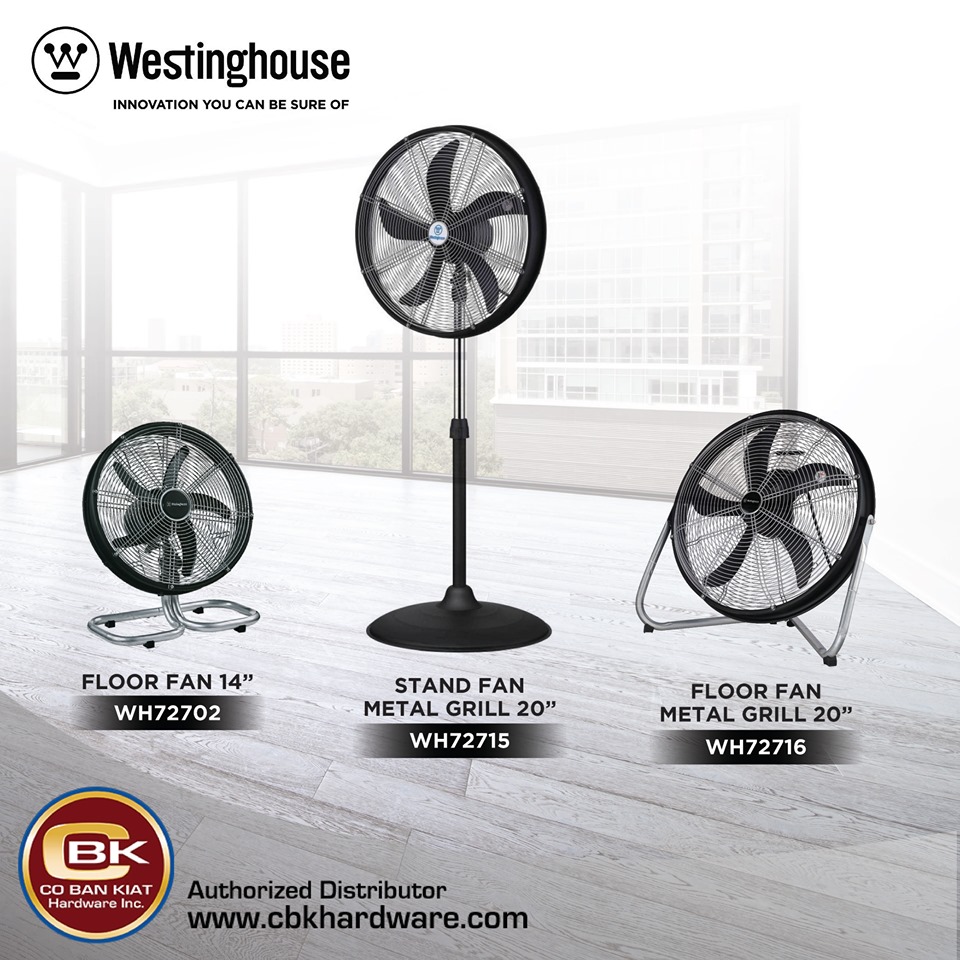